Civil rights activist Benjamin Chavis, who gained fame in the early 1970s, was from which US state?

Benjamin Chavis was a member of one of the most prominent African American families in North Carolina. His parents were well known educators and his ancestors included John Chavis, a Revolutionary War soldier with George Washington’s Army who became one of the first African Americans to attend Princeton University. John Chavis later operated a private school in antebellum North Carolina that accepted both black and white students. John Chavis, was killed in 1838 for teaching slave children to read and write.

Take Quiz
Sports ?/
Are You An Obsessive Football Fan? Take This Quiz About The NFL And Prove It! 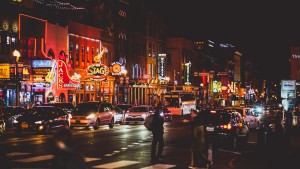